Is the Interactive Flat Screen Dumbing Down Learning? 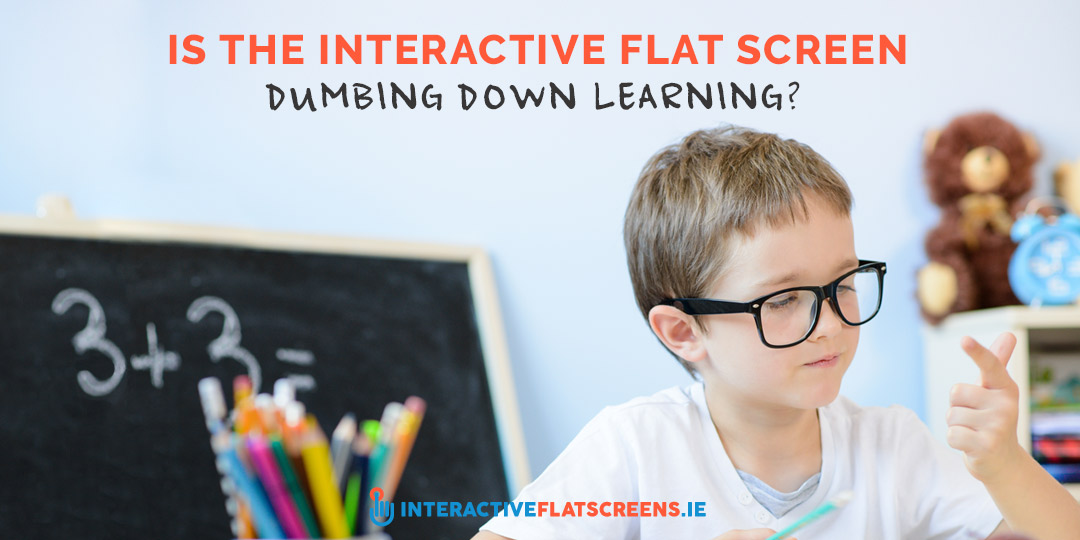 Is the Interactive Flat Screen Dumbing Down Learning?

Many people hold the view that education has been dumbed down over the last century or so. They also believe that the advent of ICT in the classroom is accelerating the dumbing down process. While we are no educators, we’ve learned a thing or two about the power and beauty of the interactive flat screen – enough to be able to defend it against these arguments.

The Argument Against The Interactive Flat Screen

The argument against the interactive flat screen is based on the idea that interactivity takes away the discipline of learning. That it has superseded the cerebral and intellectual aspects of learning by giving the pupil instant gratification. By introducing play and games into the classroom, learning becomes soft and fleeting.

As Sellers of Interactive Flat Screens

These are strong and convincing arguments but they don’t convince us. As sellers of interactive flat screens, you would expect us to differ, but we do more than just sell these machines. We set them up and train the educators in how to use them. We talk to principals and teachers about how effective they are all the time. So, we feel that we have something to say about this that is worth blogging about. 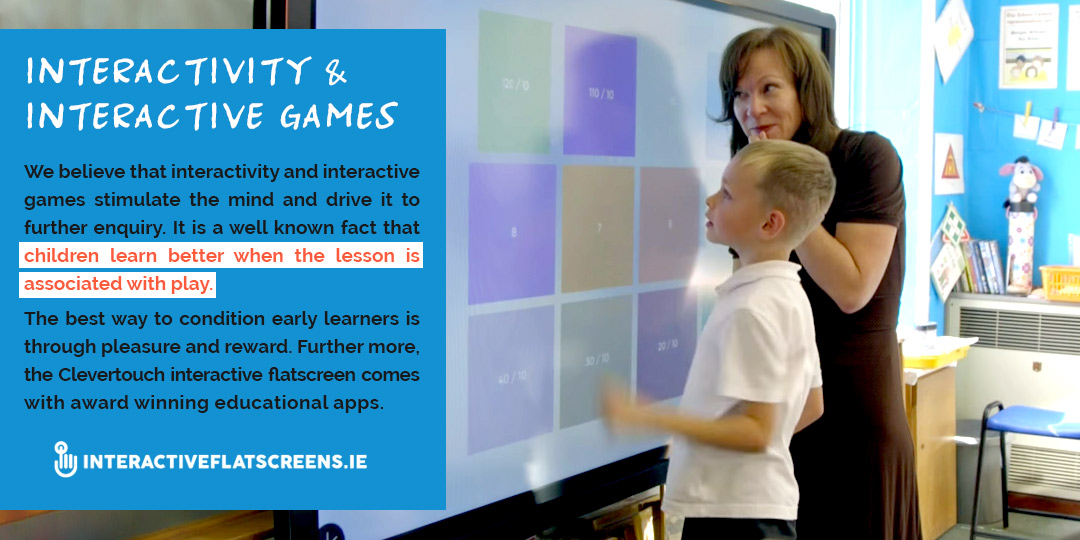 We believe that, far from sacrificing the cerebral, interactivity and interactive games stimulate the mind and drive it to further enquiry. It is a well known fact that children learn better when the lesson is associated with play. The best way to condition early learners is through pleasure and reward. Further more, the Clevertouch interactive flatscreen comes with award winning educational apps.

The argument about instant gratification is easily dismissed. Interactive games in education are not like the kind of gaming experience you get with an Xbox. They are carefully designed by educators and psychologists so that the pupils learn right and learn well. It could be argued that, far from dumbing down education, interactivity is making it more sophisticated and exacting.

The Only Hope for a Revival of the Classics

Educators often bemoan the decline of the Classics in schools and universities and single it out as evidence of dumbing down. However, interactivity is not accelerating this decline. In fact, it is the only hope for a revival of the Classics, as subjects such as Greek, Latin and philosophy are geared toward pleasure more than any kind of occupation and pleasure is very much the province of the interactive flat screen. So, looked at from this perspective, the interactive flat screen is helping to ‘smarten up’ education. 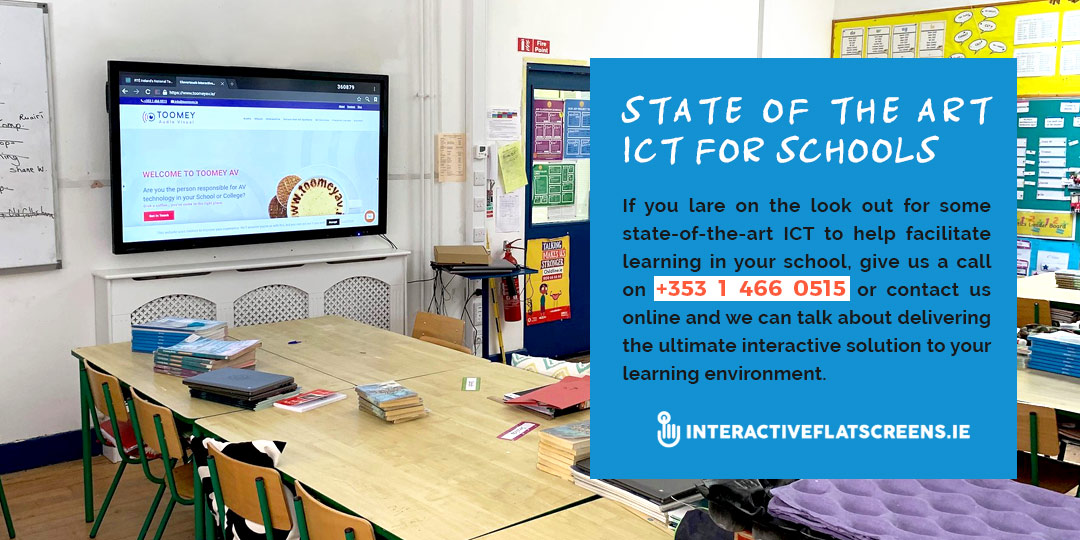 State of the Art ICT for Schools

If you like the sound of this and you are on the look out for some state-of-the-art ICT to help facilitate learning in your school, give us a call on +353 1 466 0515 or contact us online and we can talk about delivering the ultimate interactive solution to your learning environment.

Don’t miss out on future blog posts and be in with a chance to win a €100 voucher by joining our mailing list now!